It is important to inquire into medicalization, even though chronic pain and end of life
treatments require medications, sometimes treatment is given to the patient as if he or she were in the treatment phase, even though his condition requires a type of medication that focuses on relieving pain, and contributing to dignity at the end of life, not to cure. However, to accept that the disease is at an advanced stage and the life prognosis is not favorable involves considering the probability of dying.

Death, in spite of being an everyday phenomenon, is always shocking. As Jankelévitch (2009) stated, death and pain in the third person always lies in hope and in the abstract, it is a knowledge; while death in the second person, brings with it an impact, a duel, accompanied by a series of events that are not always carried out in the best way, because in the background, everyone intuits that after the second person, only one person remains, the first person. It is at this moment where the idea of death itself is presented as mors ipsa. So the binomial death and pain, in the first person, represents a conceptualizable but unknowable experience, full of mysteries, symbols, and narrations that depend on the life history and culture of each individual.

Medicalization as a term appeared in sociological literature and was used to refer to focused on the deviations, then went on to explain and investigate other human conditions; in the end, it was expanded until it was barely questioned, or questioned in a reactive way, leaving hidden its roots and even more, the social consequences, including the pathologization of some differences in behavior and human condition, as well as the individualization of the problems, thus minimizing, the social and political dimensions in people’s lives (Conrad and Bergey, 2015).

Reflecting on medicalization implies understanding that for sociology it is important to analyze and pay attention to the emergence of medical categories, while that, for anthropology, it will be imperative to focus on institutional and epistemic power and that biomedicine possesses, even as a cultural authority. Conceptually, it will be important to clarify that we refer to medicalization when we talk about the process where non-medical problems are defined and treated as if they were a problem, commonly justifying some type of medical treatment (Conrad and Bergey, 2015).

Anspach (2001) describes how medical technology accompanies the growth of medicalization, and this is usually encouraged and promoted by pharmaceutical companies. Recent studies analyzing the pharmaceutical industry and associated economic policies mention that medicalization was an important topic starting in the 1960s, and the first academic critics of this phenomenon were Foucault and Szasz (Sismondo, 2015).

Michel Foucault (2008), develops the idea of classical episteme, recognizing three major domains, including natural history, which has the task “to have the data of observation in an orderly and methodical space, defined as the nominalization of the visible, the taxonomic arrangement of living beings that is used for an appropriate nomenclature” (p.157).

This idea of nominalizing was also accompanied by the normalization of the individuals, and of course, populations. Medicine played and still plays an important role in the formation of this modality, exercising the power, through the concepts of normality and abnormality, this is how medicine invents a society that functions based on norms, and not always in a harmonious way with the law. Medicalization refers to a process that is characterized by a political function in medicine, and for an “indefinite and limitless extension of the intervention of the medical knowledge” (Foucault, 1999, p.48-53).

In the 1940s-1950s, health became the subject of political struggle, and was an important part of the macroeconomic sphere, alluding to the fact that health required income redistribution policies. In the face of this, two consequences arise, one, medical risk (bio-history), and the other, indefinite medicalization, that is to say, medicine is imposed on people in an authoritarian way, its domain extends to life in general and not only to diseases (Foucault, 1999).

Some feminists and academics return to Foucault’s work, especially to discuss gendered categories of mental health, such as anxiety, depression, and hysteria, and analyze events associated with women’s lives, such as menopause or childbirth, and how medicalization defines and participates in them.

Further analysis mentions that medicalization simply opens the way to pharmaceuticals, an idea that becomes plausible when evidence is found of how the categories described are usually associated with the discovery of new classes of drugs, e.g. depression.

This category becomes important after the 80’s as, before, was associated with older people, but with the arrival on the market of the drug Prozac – by Eli Lilly – in 1987, there was an increase in the number of people diagnosed with depression. Today the World Health Organization predicts that, in twenty years, people will be much more affected with depression, in contrast to any other health problem (Healy, Williams and Whitaker cited in Sismondo, 2015).

Alternatives at the end of life.

An alternative in relation to the subject of pain and death, is from the anthropological point of view, where different types of pain are taken into consideration, classified by their origin, by factors involved in terms of perception and answer, and also, to know that it is possible to reflect about death and dying, from the meanings attributed to experience, to verbal and non-verbal manifestations (anthropology of gestures). From this point of view, medicine will take care of the patient as a person who possesses an inseparable somato-psychic and socio-cultural unity, and where to die is seen from the experience and the meaning, from the suffering subjectivity and not exclusively from disease as objective reality (Campos- Navarro, 2016).

Before proposing alternatives, it will be important for health workers to see themselves as responsible for taking care of the two dimensions, somato-psychic and socio-cultural, with the same zeal. Protecting the professional exercise and the patient from an unbalanced view, where the focus of attention is exclusively biomedical, attending more to the disease as an injury or organ damage, and less to the patient, discarding the suffering of the sick person. This process can easily be associated with the subsequent objectified and depersonalized vision of the patients, reduced to an injury, and on this occasion to “cases” waiting to die.

After briefly getting to know this vision from the point of view of medical anthropology, it will be important to emphasize the role of communication, and even more so, in the ability to listen to the patient who is at the end of his life. Wherever the source of meaning that the patient has towards death and dying, it will be necessary to know and to respect his world view, for the understanding of the representations that the same person has about the end of life. Without falling into pre-established agendas, as in many places happens, e.g. a specific type of intervention is imposed on the mourner, from psychology, and sometimes from religion, these are not always consistent with the world view and the representations of the patients and the significant persons who are accompanying them (Campos-Navarro, 2016).

Finally, four facets are highlighted as necessary to achieve this vision from the point of view of anthropology, based on the work of José Luis Díaz, applied to medical knowledge and, in this case, exemplified by the patients who are at the end of life. First, to have a detailed knowledge of the disease and the real situation of the patient, not to give hope through unnecessary speeches and medications, accepting the prognosis is based on recognizing the disease and the state in which the patient is. Second, compassion or compassionate understanding of the patient’s experience, take care of the illness, accept that the patient is a person, and that he or she is in a difficult moment in their life: facing the probability of dying. Thirdly, communication based on the empathy (verbal and non-verbal) between the patient, the doctor, the health team and the significant persons accompanying the patient. Communicate a terminal diagnosis and related treatments is not a simple task, but depersonalization and objectification are also not the best option; finally, the knowledge, respect and tolerance to the patient’s worldview of life and death, the meaning of dying, intertwined social and cultural contexts of the patient and of the significant persons accompanying him or her (Campos-Navarro, 2016).

After analyzing other perspectives, unrelated to the medicalization of health in pain, chronic diseases and terminal patients, we can say that health, illness, and death imply a previous knowledge, and that knowledge lives cultural and socially within a community, articulated to a dynamic constant of its social, historical, cultural and circumstantial contexts. Even so, these concepts are not static, but dynamic, and it is important to inquire into the patient’s historical framework and the worldview from which they are born and develop.

That is why, before thinking about mourning -another interesting subject-, it is important to think about the meaning attributed to death, and to dying, without ruling out that thinking about death implies thinking about life. A more detailed examination of this analysis obliges us to understand these phenomena not only from anthropology, but also from philosophy, peripherilosophy, history, doxography, sociology and most importantly, from people and their communities. Therefore, it is necessary to contribute knowledge from these disciplines, in order to deconstruct and re-construct a knowledge that meets the needs of patients.

This work is not intended to be exhaustive or conclusive, there is much to research and develop on the subject. May this small reflection serve as a starting point for further research; if this has attracted the reader’s attention to this point, and fosters debate, constructive criticism and dialogue between disciplines to produce knowledge that fertilizes human development, then the objective has been achieved.

– Translation made possible by the collaboration and courtesy of Luis Sarmento – 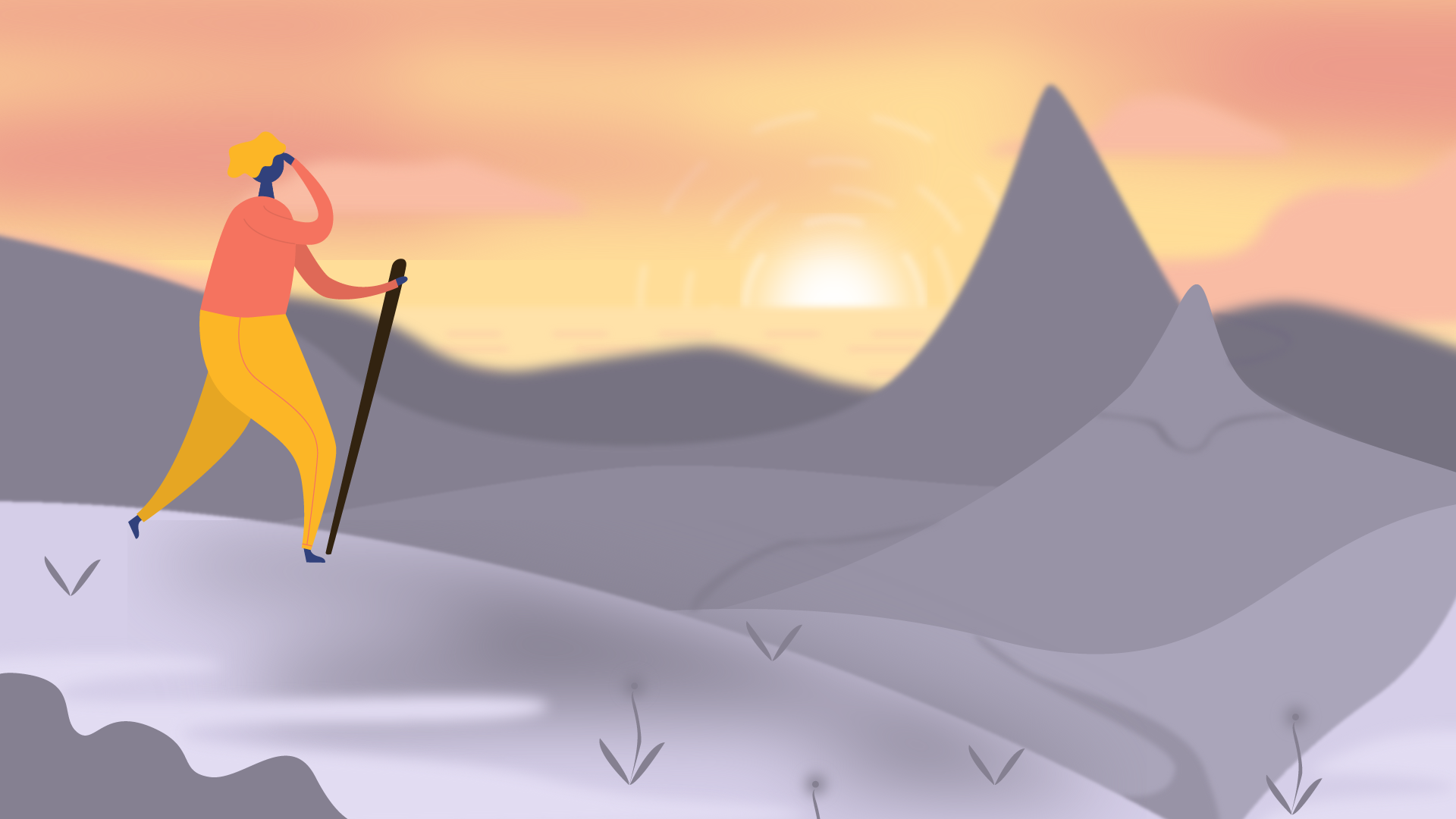