I. What are Novel Foods?1

The term Novel Foods was born in Europe and their regulation was established for the first time in the Regulation 258/97 of the European Parliament and the European Council on January 27th 1997. This regulation defines Novel Foods as those foods and ingredients which have not been commercialized at a significant scale for human consumption in any of the European Member States before the 15th of May 1997.

On January 1st 2018, the Rule 2015/2283 was enforced regulating the Novel Foods sector in place of the Regulation 258/97 and 1852/2001 which have been valid until December 31st 2017.
This new Rule improved the conditions under which the food enterprises are allowed to easily distribute new and innovative foods, provided that these maintain a high-quality food safety standard for the European consumers.

II. Classification of Novel Foods and their law.2

The importance of classifying a food or an ingredient as new is that it will influence the legal status of such food across Europe. An innovative food item will enter under the influence of the EU Rule 2015/2283 requiring an official authorization for its commercialization.

Any food item is categorized as Novel Food if any of the following conditions apply:

Nevertheless, it is important to keep into account that the new regulation on Novel Foods does not affect the following food categories:

Only those Novel Foods that have been authorized may circulate the EU market. The procedure for obtaining such authorization consists of a safety assessment of the product before being commercialized. These authorizations can be applied for in all Member States; however, the certified products may only be commercialized by the holders of the authorizations.

The main improvements of the new regulation are the following:

1. Expanded categories of Novel Foods: The definition of Novel Foods describes the different situations of the foods which originated from plants, animals, microorganisms, cellular breeding, minerals, etc, and specific food categories such as insects, vitamins, minerals, food supplements, etc.
The foods resulting from the production processes and practices, and those resulting from advanced technologies (for instance, the molecular structure intentionally modified or nanomaterials) which could not, therefore, be produced before 1997 may too be classified as Novel Foods.

2. General authorizations for Novel Foods: Under the new Regulation, all authorizations (new or old) are general, unlike the strict authorizations which were required under the old Regulation.
This means that any food commercial enterprise is able to place a certified Novel Food on the European market, provided that the conditions of use, labeling requirements, and the authorized specifications are respected.

3. Establishment of a List of Authorised Novel Foods in the European Union: This is a comprehensive list of the Novel Foods with authorization. The Commission of Rule Implementation has the duty to update this list. Once an item is added to the list, this can be automatically commercialized within the EU market.

4. Simplified procedure for the Novel Foods authorization: The procedure is managed by the European Commission and can be applied for online (https://webgate.ec.europa.eu/).

6. Efficiency and transparency: It is expected that when defining the timings of the evaluation assessment and the authorization procedure, the total time spent for approvals will be kept minimal.

III. Procedure for obtaining the Novel Foods authorization in the European Union.3

The Regulation (CE) No 2015/2283 defines the following procedures for obtaining the authorization to commercialize Novel Foods:

The procedure starts whenever an applicant who is responsible for the introduction of a specific Novel Food sends an application to the European Commission. This will be included directly by the EC in the published list of applications. There is therefore no intervention of any Member State during the application evaluation process.

Below a flow chart showing the usual stepwise procedure to obtain a Novel Food authorisation: 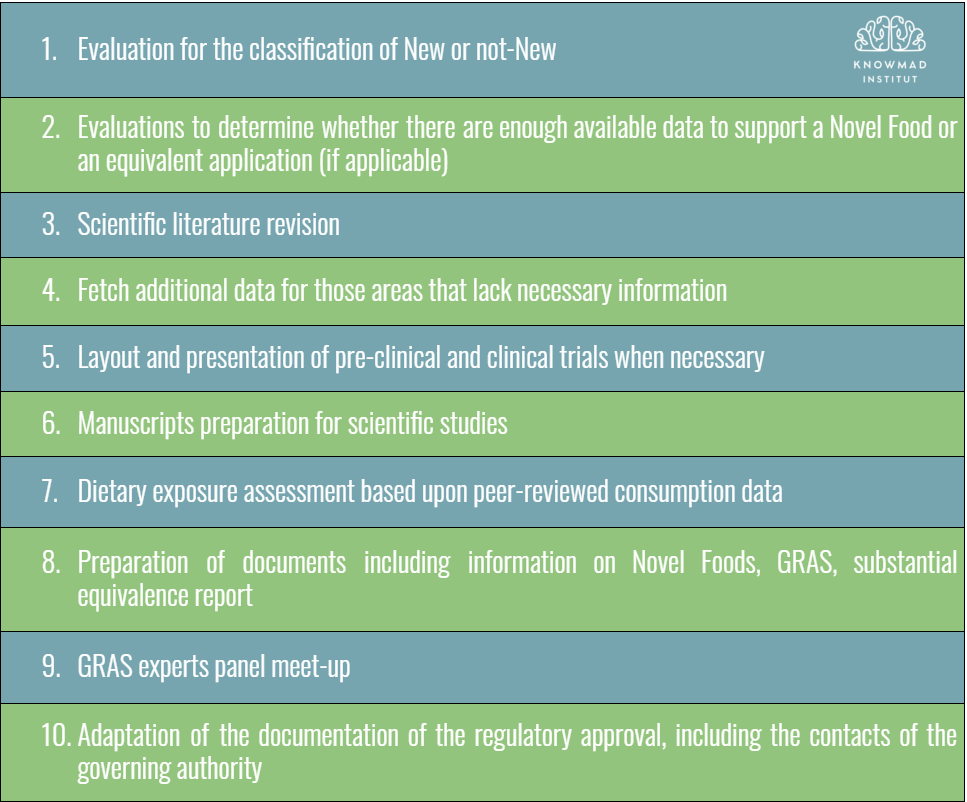 The consumption of new products within the European Union has always been a challenge in all countries, and to ensure their safety has been even harder. As the Regulation states, “the free circulation of healthy and safe food products is an essential aspect of the domestic market as it greatly contributes to the health and well-being of the European citizens, as well as being in Europe’s social and economic interest”.

It is possible to consult the Novel Foods catalogue published by the European Commission and available at this link:  https://ec.europa.eu/food/safety/novel_food/catalogue_en. This catalogue includes those products of animal, plant, or other origins that are subjected to the Regulation, whose information is adjusted to the legal requirements of each Member State.

It is a non-exhaustive list and can be used as a guideline to decide whether a product needs authorization under the new Novel Foods Regulation. In some cases, it also shows historical details of the use of food supplements and ingredients with a documented traditional use within the EU. If a specific food and/or ingredient has only been used so far as a food supplement, an innovative use of the same requires an authorization as well.

It is also possible to access the applications under process and those that have been denied at the following link: http://ec.europa.eu/food/safety/novel_food/authorisations/index_en.htm.

Below an example of Novel Food and its conditions of use:

Conditions of use as tea infusion under the Regulation (CE) No 258/1997 on Novel Foods and ingredients.

Whether the use of the dried leaves of Stevia rebaudiana Bertoni has been historically significant in Europe prior to 1997 it has been a matter of debate. A European Member State has recently provided evidence of traditional use of this plant. Given the international relevance of the issue, the European Commission eventually re-evaluated the plant in order to define fixed criteria.

After the consultations of various working groups on Novel Foods at the European Commission, there has been a harmonization at the community level. On June 16th 2017 it was finally declared that the leaves of Stevia rebaudiana Bertoni can be commercialized under the following conditions:

The application only refers to herbal or fruit infusions which contain or are prepared from leaves of Stevia rebaudiana Bertoni and to be used without further processing. Said use is not considered as Novel Food. The utilization of leaves extracts obtained from Stevia rebaudiana Bertoni as sweetener or flavoring falls under the Regulation (CE) No 1333/2008 on food additives or under the Regulation (CE) No 1334/2008 on flavorings, respectively.

This product was present in the market as food or ingredient and was significantly consumed before 15th May 1997. For this reason, its introduction to the market is not subjected to the Regulation on Novel Foods (EC) No 258/97. However, other legislations may restrict the market launch of a specific food item or ingredient in some Member States. Thus, it is advisable to consult the relevant institutions for clarifications before launching a potential Novel Food.

6. Note that this document is considering the Regulations prior to the current one, but that due to its date of application it is valid.

VI. Jurisdictional regulations of Novel Foods around the globe.7

In Canada, under the Regulation on Foods and Medicine, Novel Foods are defined as foods/ingredients without historic records of consumption as food in the country or produced via a new process, or which have been genetically modified. Such Novel Foods require approval from the Canadian Health Office before being launched into the market.

In China, the regulation of these foods is implemented according to the latest revision of the administrative measures for the safety of Novel Foods. The Novel Foods are there defined as animals, plants, microorganisms, or substances originated from these, or food ingredients with modified molecular structures or provided with a new type of chemical component. In China, the preliminary approval for the launch of a Novel Food into the market is obtained through the National Health and Family Planning Commission (NHFPC).

In Japan, different regulations are applied according to the different category the innovative food item falls in. If the new food ingredient is just a food, the authorization by the Ministry of Health, Labour and Welfare (MHLW) is not required to commercialize the said product. However, the ingredient must abide by the Food Sanitation Act – Act No 233, 1947. On the other hand, if the ingredient is a new food additive, an evaluation and authorization are needed before launching it into the market. This is necessary even before importing any such food additives.

The Novel Foods in Australia and New Zealand are regulated under the Food Standards Code, Standard 1.5.1. Additional considerations include the evaluation process to determine whether a food item can be labeled as ‘traditional’. Although in the US the term Novel Food is still undefined, some new food ingredients are considered as food additives which need approval by the Food and Drugs Authority (FDA) before retailing. An alternative route is to obtain the (GRAS)8 recognition for specific uses, which can be obtained after the consent of a group of experts. Basically, Novel Foods in the States either get verified by the FDA or undergo GRAS analysis. 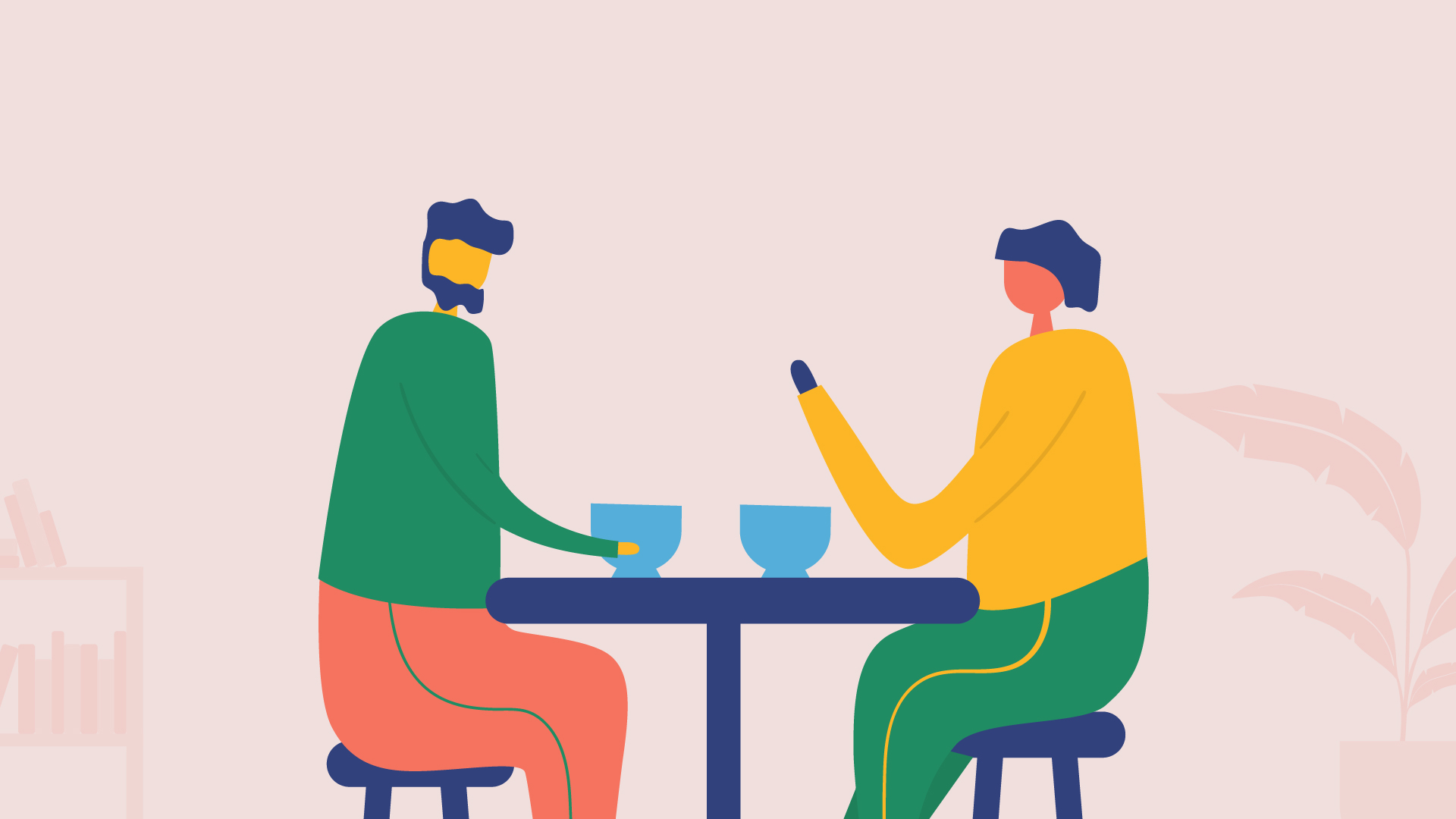