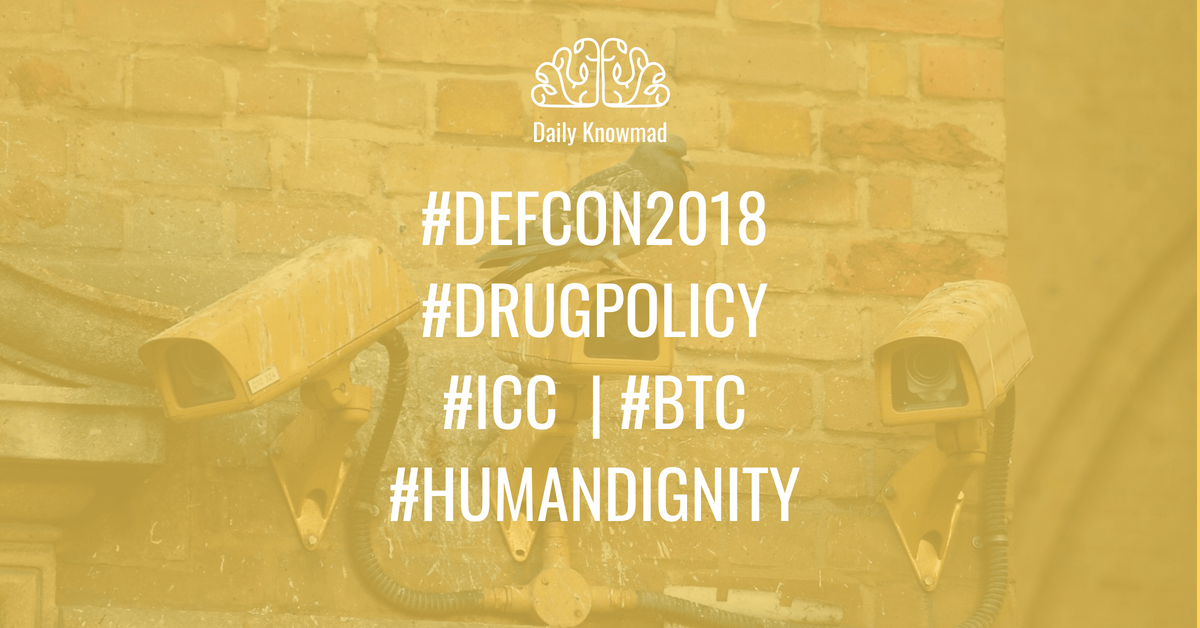 For the second year running, DefCon is holding the Voting Machine Hacking Village. This year, the organizers are presenting a new set of voting machines in Las Vegas, which will be used in the 2018 midterm elections, in order to test their security.

According to experts who found the flaws, U.S. election officials are currently unable to act on findings about vulnerabilities in voting machines and voting infrastructure because there is no budget to replace obsolete equipment, invest in network improvements, launch post-election audit programs, and hire cybersecurity personnel.

The lack of funding for the strengthening of democracies is a growing concern with the digitization of electoral systems and the technological gaps between nations, but the Blockchain technology presents a tool that if adopted would speed up the process of maturity of democracy in today’s societies.

It appeared that the cannabis shares that were marketed in Germany and had been held in Luxembourg as a safeguard for three years would have to be withdrawn from the Grand Duchy. Clearstream Banking SA, the company in charge of German shares in Luxembourg, stated the following:

“As the main custodian, Clearstream Banking SA has been instructed by the CSSF (Financial Sector Supervisory Commission), the local supervisory authority in Luxembourg, to handle cannabis/marijuana related securities. According to Luxembourg law, cannabis/marijuana is an illegal product. This directive prevents Clearstream from accepting new applications to settle or hold such securities”.

The shares held as collateral in Luxembourg are subject to this law, as a result of which the trade in medicinal cannabis, which is legal in other parts of the world, was considered illegal by the Luxembourg authorities until the adoption of the new law on 28 June.

Companies that are engaged exclusively in the production of government-licensed medical cannabis were removed from the list of blockaded businesses. However, the ban on safeguarding actions will continue to apply to those companies that grow or sell recreational cannabis in Canada or the USA.

Strictly speaking, the safeguarding of stocks in stock had been illegal since the first operation of these shares in Frankfurt in 2015; something that went unnoticed, or was tolerated, by the Luxembourg authorities until June 2018. This leaves questions as to whether or not this can be considered money laundering or drug trafficking.

Burundi’s decision to leave the International Criminal Court opens the debate on the imbalance in international justice, they also begin to expose a whirlpool of violence on the map. Beyond universal justice, with its shortcomings and
contradictions, a geopolitical image emerges that invites us to establish different types of mechanisms to surround it.

According to Mbuyi Kabunda, a university professor of international relations in Africa and a member of the International Institute for Human Rights in Strasbourg, the countries that least respect human rights on the African continent or that directly violate them the most are Chad, the Democratic Republic of Congo, Uganda, Kenya, the Central African Republic, Nigeria, Niger, Burkina Faso, Rwanda and Somalia.

These together with their Southeast Asian neighbours form a kind of a region with a great deal of natural resources, where insurgents, terrorists and dictators generate a high level of political chronic conflict environment.

This is the Afro-Asian ellipse:
The contagious violence is spreading all over this The result is a zone of commercial exclusion, where causes and consequences become entangled.
The perpetuity of instability in many sectors of this ellipse is centred on the resource curse, which has an impact on economic factors such as lack of diversification.

The analysis of the economic, cultural, political, religious or legal causes that accumulate in a given geographical figure is linked to the strategies and tactics to be deployed, since this circumvallation of security, even though it is an inaccurate territorial framework with quite forced limits, could facilitate the reaching of a provisional understanding that allows for the development of containment actions, which must be proposed as a theoretical mission creep from the very beginning if the ellipse is to be reduced from its faintest parts, that is, in the direction of stifling the harshest scenarios of internal violence. This situation should serve as a mirror for the young Central American democracies.

Vietnam’s Ministry of Finance (MoF) proposed the general ban in June after the nation’s authorities increased their scrutiny of the domestic crypto sector following a nationwide fraud with an ICO that allegedly swindled some US$660 million out of 32,000 domestic investors. The consequences led the prime minister of Vietnam to order six government ministries, the police and the central bank to investigate the scam.

In July, the State Bank of Vietnam (SBV), the country’s central bank, agreed with the MoF proposal and supported the ban on mining equipment and the use of Bitcoin.

This is why in Vietnam, cryptocurrencies are now banned as a means of payment after the central bank refused to include them among the recognised exceptions to non-cash payments, which include cheques, money orders and bank cards. The law, which came into force, prohibits the issuance and use of Bitcoin and other cryptomonets as legal tender coins with the threat of criminal prosecution and fines of up to US$9,000 for users.

A series of devastating short films about the realities of women in prison for drug crimes in Mexico, document the human cost of current drug policies and the specific conditions that make these laws fall more severely on women and their families. Most of these women are very poor, have few economic opportunities and education, and are single mothers. They are convicted of transporting or possessing small quantities of drugs, filling prisons with women who do not hold positions of power within the drug trade, and who have not committed any violent acts.